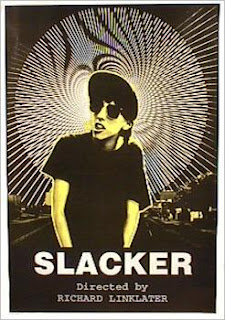 Several movies in my backlog box belong to the ‘Criterion Edition’ line. For those unfamiliar it is a company that re-releases critically acclaimed films, mostly of the prestige and arthouse variety from all eras of film around the world. They get the creator’s and/or studio’s blessing and faithfully restore their video and audio as close as possible to modern standards and pack it with extras and have new case artwork in addition to bundling it with a art/production essay booklet. The only downside is these premium releases are almost double then regular physical media releases, but twice a year Criterion runs a 50% off their entire catalog sale which results in their inventory reaching tolerable pricing and why I have several Criterions in my backlog. I only covered one before with 12 Angry Men, and today I am knocking out another one with director Richard Linklater’s first major release in 1991’s Slacker (trailer).

I think the best singular word to begin to break down Slacker is ‘experimental.’ There was nothing else like it before where the movie focuses on a single character for a small part of their day for usually a handful of minutes until they interact with another person and shortly thereafter the film transitions to that next character for the next few minutes as they go about their day with as minimal camera and scene cuts as possible. There are some sporadically inserted, but for the most part Linklater thrived to make this come off as one nonstop continuous cut almost similar to Birdman a few years ago. 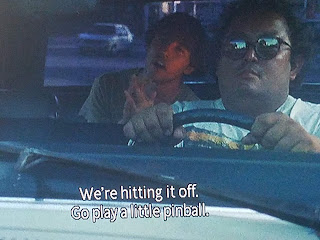 Sometimes Slacker catches these characters in a major part of their day such as witnessing a hit-and-run or coming home in the midst of a robbery, to truly bizarre moments like encountering the strangest coffee house ever or sometimes as inconsequential as discussing recommendations at the bookstore. I love how it captures these brief ‘snapshots’ of people going about their day, especially now with a 2019 eye on a 1989/1990 setting before the Internet officially debuted and cell phone use was a blip to where it is today. I was among the last gen to come of age with remembering phone numbers, going over to a friend’s unannounced to see what was up, fanny packs, payphones and how the newspaper and local news were a major part of your day and seeing those elements in play in a handful of interactions in Slacker was eye-opening to a way of life I long forgot, for better or worse.

Slacker was made on a $23,000 budget and one of the concessions with that budget and having an ensemble cast is that this cast consists largely of people who have had little to no acting experience. Watching some of the behind-the-scenes interviews on how Linklater accomplished wrangling in this large cast was by having his people in charge of casting go out in restaurants, bars and other establishments and observe individuals and ask the personalities that caught their eye if they would be interested in being in a movie. I can only imagine how bold of a risk this was because there are easily several characters throughout the film that leave a lot to be desired out of their performances, but in a way that is part of the gritty DIY charm of Slacker. 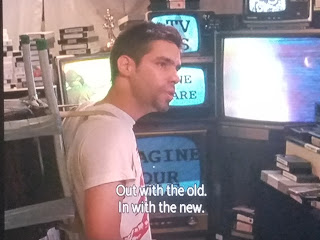 Speaking of extras, with this being a Criterion Edition it is jam-packed with them. There are three commentary tracks with Linklater doing one solo, a second one with several crew members and a third one consisting of interviews pasted together from a fair amount of the cast members to their appropriate scenes. I bounced between all three on my re-watch of the film and found Linklater’s to be naturally more insightful with a lot of production facts and a lot of personal tales on how he was going for broke on this project. The other two are interesting too, but the crew’s track has a fair amount of lulls between their crazy behind-the-scenes tales and some of the cast has entertaining bits, but with so many clips pasted together it naturally goes all over the place.

There are an hour and a half of behind-the-scenes interviews and other extra features and if you found yourself wrapped up as much as I did in the nature of Slacker then nearly all of them are must-see! The following are the top highlights if you only have time for a few. The cast auditions popped me to how close they reflected their on-screen characters, there is nearly a half-hour of extended and deleted scenes worth diving into and about 20 minutes of clips and interviews from a 10th anniversary reception and panel worth checking out to see what this film has done for Linklater and his cast of mostly unknowns. There are two essays included, one is an on-disc feature where Linklater dissects ‘Slacker-culture’ and the aforementioned physical booklet is 32-pages of concept art and a couple of essays elaborating on its shoestring budget and how it took years of hustling to get noticed in the festival circuit before its success and cult hit status. 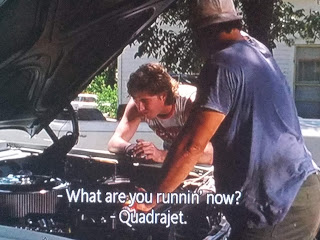 Finally there are two other completely unique Linklater projects included as extras. One is a seven minute docu-short on Linklater’s experience at a spinoff Woodstock festival called Woodshock that is a very nice homage to Heavy Metal Parking Lot. The other bonus is Linklater’s first feature film in 1988’s It’s Impossible to Learn to Plow by Reading Books. Linklater self-funded this film for $3000 and shot it entirely in Super 8 with solely himself doing the bulk of the acting as he travels across the country and the film taking in Linklater’s character doing a lot of mundane, everyday tasks. Another interesting experimental piece, but lacks the intrigue and spontaneity that Slacker brings to the table. This one also has a Linklater commentary track that I watched it with and I highly recommend you do so to help with the many non-dialogue scenes in Plow.

Linklater is one of my favorite directors, and I say that with only seeing about half of his films. I have a few other Criterion Editions of his other films that I have not seen yet and hope to get to them sooner than later. If you are familiar with some of his other movies like Boyhood then you should know his films go against the grain of what usually hits theaters and not to go into his films with the standard three act expectation. I highly recommend Slacker with the asterisk that it is the ideal movie to sit down with the getting ready to relax with it on in the background before you gradually get reeled in to see which way this unpredictable ball of string unravels next. 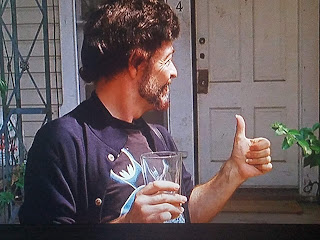