Not for Resale: A Videogame Store Documentary 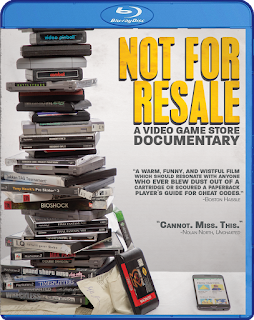 I have been following the work of gaming personality/author/collector/podcaster/YouTuber, Pat Contri for several years now. His line of ‘complete’ guide books that review every NES and SNES game have provided ample bedtime reading for me for well over a year. When I recall him first mentioning on his podcast that he teamed up with director Kevin J. James to executive produce a documentary on independent videogame stores, I instantly made a mental note to put their film, Not for Resale: A Videogame Store Documentary (trailer) on my radar. I pre-ordered it soon enough and wasted no time in devouring the BluRay and its extra features shortly after it arrived in the mail a little over a week ago.

I have always had a soft spot for the independent/”ma and pa” game stores. I was fortunate to have one in my town in my childhood years where I first dabbled in trading in awful GameBoy games, but spent hours there perusing and trying out games on their multiple kiosks. Since then for about the last 15 years a small regional chain opened up here that specializes in retro games, but also has some new games and plenty of clothing/figures and other gaming related merchandise. There is just that intangible local comradery that is more welcoming there than the nationwide chain, GameStop. 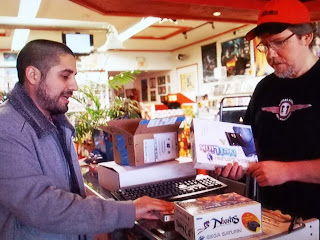 Not for Resale captures that spirit of the indie game store by interviewing several independent game store owners that are featured throughout. Hearing their stories on what inspired them to start up their own game store and how long they have been in the business all had their own powerful DIY stories and a lot of them put a lot of stock into why they prefer physical games over digital. The production values for these interviews stands out with artistic B-roll, a pleasant ambient soundtrack dominated with smooth piano melodies and multiple camera angles making the interviews more dynamic.

The theme of physical over digital came across to me as the thesis in Not for Resale with the interviews branching off on that topic in multiple directions. I was able to relate with them on many of those facets with some key argument points being addressed such as rural communities and military bases with limited to no Internet access, having actual ownership of a physical game compared to buying the ‘license’ of a digital game on a storefront that is not guaranteed to always be online among other factors touched on throughout. The not-so-desirable effects of collecting physical games are also touched on like when Greg Miller states being primarily a digital game supporter by justifying it of being not a fan of clutter. Other interviews state expected downsides of physical game collecting such as a gradually slimming retro game market and wear and tear taking a toll over the years on physical games and systems. One of my favorite scenes in the film is a collector trading in his complete American Saturn collection and him having a constructive back and forth with the clerk on how it was tough to let go, but he was moving onto marriage and the next step of his life. 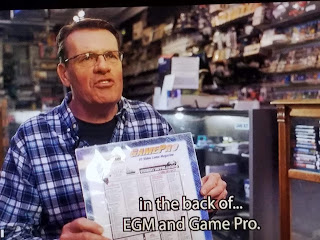 Eventually Not for Resale pivots to game preservation and has some fascinating interviews with Videogame History Foundation members Frank Cifaldi and Kelsey Lewin. Both have a tremendous amount to offer, with Cifaldi especially being featured throughout on the importance of physical games and why they must be preserved. I liked how they tracked down the portion of the National Archives that has a videogame wing and showcased what they have in their vault and they touch on how they have a long way to go. Another informative scene is how the doc covers conventions and how Kelsey and Cifaldi state how imperative it is to reach out to collectors at retro game cons in order to chronicle and preserve as much material and rare prototypes as humanely possible. Another notable little highlight of this film for me was how an exhibit at a retro games convention has an early-to-mid80s model bedroom (complete with vintage woodgrain wallpaper) that I had to pause multiple times throughout and think to myself, “yeah, that was my childhood.”

As much as I relate and am on board to the positives of physical games that Not for Resale hits on, I am relieved this is not a total dump on digital games and the filmmakers make sure to give digital games their proper due with them being huge for the rise of indie games and making game development for the latest systems accessible to nearly anyone. There is a well done scene interviewing the developers at Psyonix (pre-Epic acquisition) on their success story with their digital game Rocket League and how important it was for them to eventually have a physical copy on the shelves. They tracked down the founders of publisher, Limited Run Games who state why it is important for them to reach out to small indie game developers and get their games that launched first only as a digital game and get them out on a physical disc. 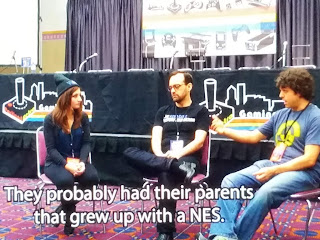 If I were to make any nitpicks with the documentary they had to deal with the subtitles. I love subtitles and am glad they are there, but whoever was in charge of them I feel is not familiar with some of the obscure platforms covered in Not for Resale. Certain instances being the ‘Ouya’ subtitled as ‘Uvio’ and Sega’s kid-friendly platform, the ‘Pico’ subtitled as ‘Peko.’ I love it when films go above and beyond for having the bonus features and commentaries subtitled, and sadly Not for Resale has neither. Again, I am splitting hairs and when my only qualms with this BluRay is with the subtitles then that is saying how well-rounded the rest of the package is.

Speaking of the bonuses, Frank Cifaldi, Kelsey Lewin and Pat Contri do a roundtable session that a couple of quotes are pulled from in the documentary, but nearly their entire 41 minute discussion is available in the bonus features. The same treatment also happened to Greg Miller of Kinda Funny Games with a 14 minute extended interview with him touching on how the Master System’s Ghostbusters got him into games and why he prefers digital over physical games. There are two audio commentary tracks. One with director Kevin J. James and cinematographer Thomas Chalifour-Drahman and another with James and Pat Contri. I listened to the track with James and Contri and they unsurprisingly have a constant rapport of insightful factoids from the production such as highlighting favorite interviewees and how they surprised game store owners with their level of production equipment. I tend to be a fan of documentary commentaries by their sheer nature, and this one did not disappoint. 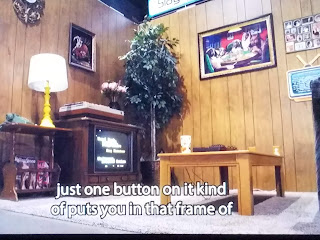 If you dear reader have been trending towards more and more digital gaming purchases only or are a younger game player who have not had the experience of going into a game store that is not a GameStop then be ready for some require learning. Not for Resale tremendously encapsulates a culture of gaming that should be celebrated and not forgotten. It does not overstay its welcome and you will have a whole new understanding of this slice in videogames in a brisk 86 minutes that will stick with you for years to come.